Valencia during the Fallas!

Did you manage to guess from the clue in the previous post of “Our team recommends” which destination features this month? Read the interview with Lara, our colleague in the marketing department to find out more.

Hi Lara, which destination would you recommend to our readers?

Hey! As a true Valencian myself, I couldn’t recommend a better place than Valencia during the Fallas!

What’s so special about this destination?

Valencia itself is a city which steals your heart. Add to that its biggest festival of the year and it is impossible not to repeat it every year!

Which parts of the city are not to be missed?

These days the city is totally transformed. Most of the streets are pedestrianised and there is something to see around every corner. I recommend just getting lost in the city, mooching at your leisure, and letting yourself go with the Fallas spirit! 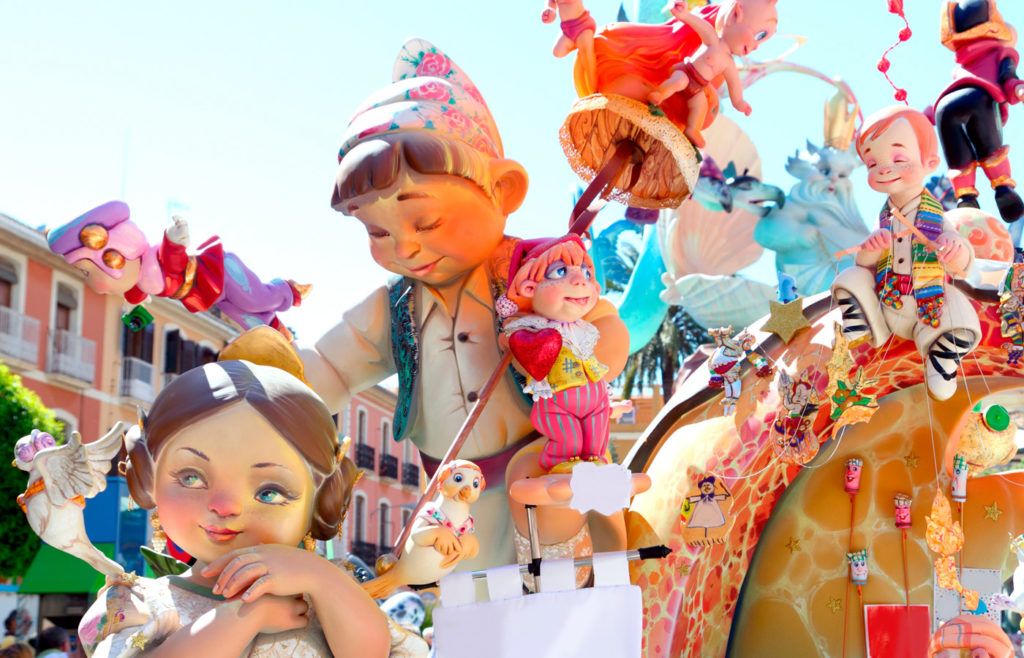 What I love most during the Fallas is the smell of gunpowder. When you smell the gunpowder, you can just feel the Fallas! The “Mascletà”, a spectacle of explosives, gunpowder and noise which takes place everyday from the 1st until the 19th March in the Plaza del Ayuntamiento, is my favourite part of the celebration.

Which is you favourite part of the city?

My favourite place to truly experience the Fallas is in Ruzafa. This is a neighbourhood with a sculpture (falla) around every corner, lit-up streets and an atmosphere which cannot be compared to that in any other part of the city during the celebrations. Ruzafa also has the best dancing in the streets!

Do you know the best secret spot during the Fallas which you would be willing to tell us about?

The Fallas is a festival which is celebrated in the streets but my secret spot would be this terrace. From the terrace you can experience the best moments from above, put into perspective the size of the event and escape the crowds.
It is a terrace where you can enjoy watching the “mascletà” or seeing thousands of falleros* on the way to the offering of flowers to the Virgin or even where you just have a good time with friends, enjoying an aperitif together. But without a doubt, the pinnacle of the Fallas is the “Cremà” which is when all the sculptures are set on fire. The day of the “Cremà” is like no other day. A rare location from which you can see all these bonfires and fireworks at the same time is something which not everyone in the world has experienced. 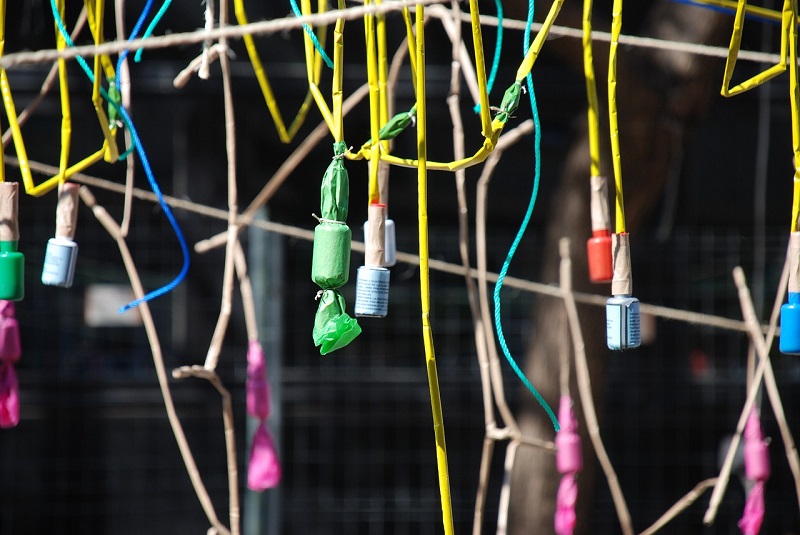 Tell us about the perfect day

I would get up early and go to a “Despertà” (where the falleros* set off firecrackers continuously for 5 minutes). Then I’d stroll through the city discovering the sculptures and join in with whichever band or troupe was proceeding through the streets. Next I would continue in the direction of the Plaza del Ayuntamiento to find a good spot ready to watch the “Mascletà”. After that I’d take a break to re-charge and find a sun terrace for a spot of lunch (at this time of year the weather should be good).
I would spend the afternoon in the Plaza de la Reina and whilst passing through the Calle de la Paz I’d watch the offering. Seeing this many falleros* parading with bouquets of flowers and bands playing music is impressive! Following that I would go and see the cape of the Virgin, and of course, I wouldn’t forget to grab a hot chocolate with some pumpkin doughnuts, it’s the local delicacy!
At nightfall I’d head to Ruzafa to see the illumination of the fallas “Cuba-literato Azorin” and “Sueca-Literato Azorin”. Seeing these is a must!

Which song would be the soundtrack of your trip?

There are so many songs which remind me of the Fallas… it is difficult to pick just one! But I would have to say my favourite is “Valencia” because it is always played before every “Mascletà”.

Describe the city in three words?

Any advice for future visitors?

Don’t be overwhelmed by the crowds and be patient as everybody is in the streets during the days of the Fallas. Also I would recommend that you wear layers so that you can take them off if neccessary. The weather will be good and with so many people around during the mascletàs stood in full sunshine, you can even wear short sleeves. Make sure you have your phone fully charged, your camera in hand and your party spirit! Also don’t forget comfortable footwear. 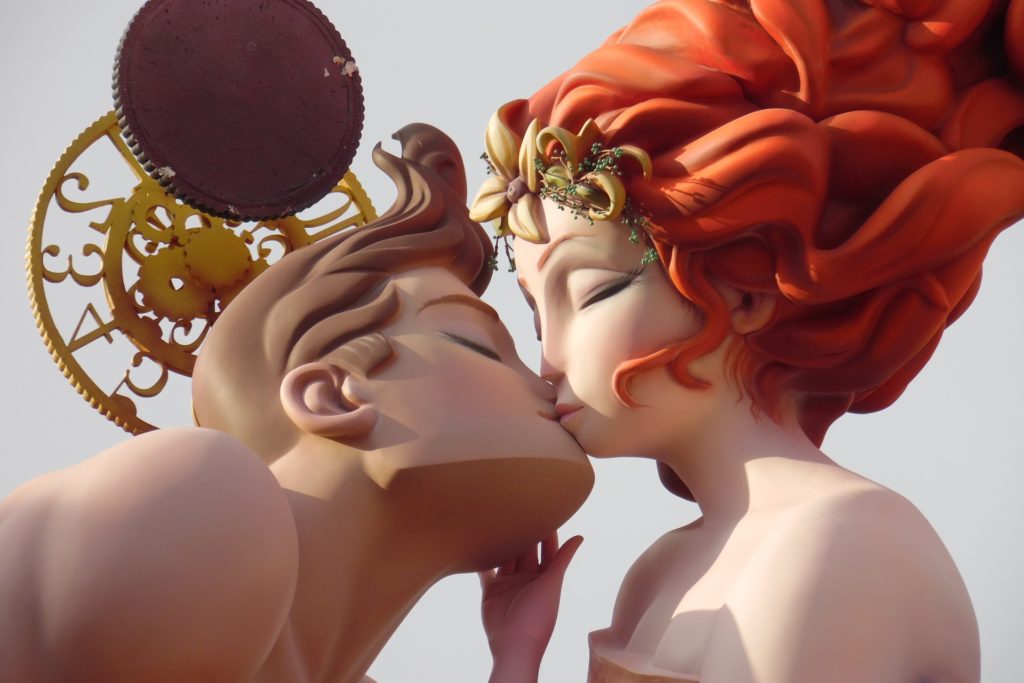 Thanks Lara for telling us about your experience and filling us in on the world of the Fallas. We hope that you have enjoyed reading and that it has helped you to plan your escape to Valencia during these days of celebration.

Would you like to know what destination will feauture next month in the new installment of “Our Team Recommends? Here’s a clue: we are moving country towards a blue spot!

*falleros = people who take part in the Fallas festival