The Algarve, is one of the most popular summer destinations in Europe, thanks to its beautiful beaches and good weather. Summers are hot but not humid, and winters are short and mild. The wind is usually constant but without disturbing you, in addition  the sea has the perfect temperature for bathing either in spring or summer. The province is full of places that differ from each other, but with one element in common: its charming and pleasant atmosphere. Do you want to know what places they are? Keep reading because we bring you here the best places in Algarve.

Rent your home in Algarve and discover this beautiful region 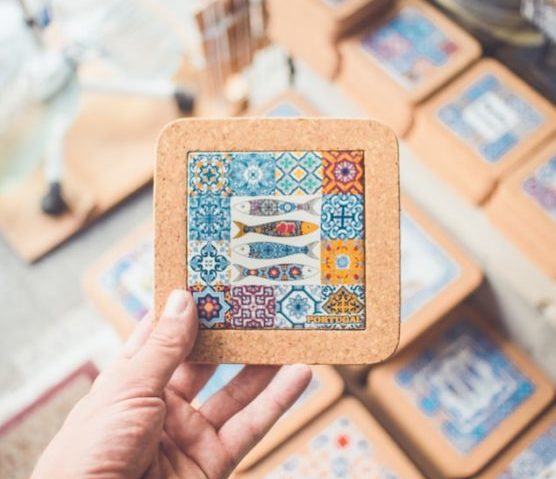 The best places in Algarve in 7 sites:

The cliffs of the Ponta da Piedade, in Lagos.

The limestone cliffs molded by the strong winter waves hide arches and caves that immerse into the emerald sea, creating a beautiful picture. You can go hiking through a path and reach the end of San Vicente headland, or go down the stairs that lead to one of its caves. You can also take a boat tour, do kayak or paddleboard.

??Do not hesitate to explore its wooden boardwalk: it has the best views.

The beautiful holidays homes in Lagos are waiting for you 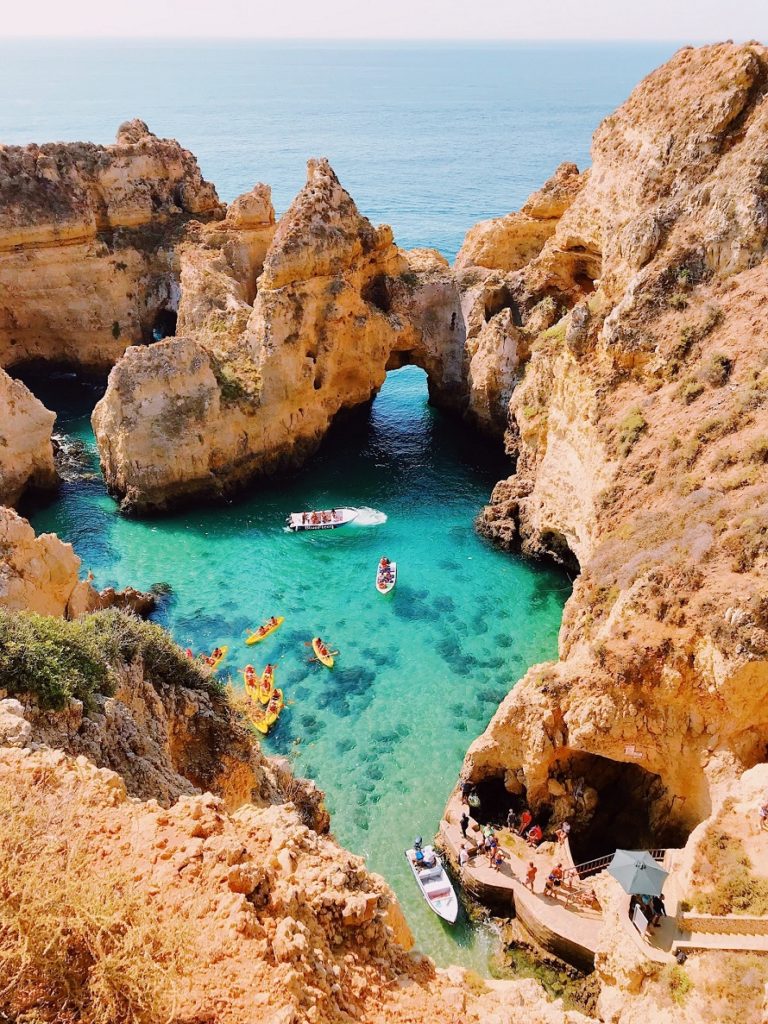 Also called the Algar de Benagil. It is one of the most famous pictures in the entire Algarve region. It is located next to the Praia de Benagil, between Portimao, Albufeira and Lagoa, and can only be reached by sea. The most comfortable way to see it is by taking an organized excursion by boat or yacht.  There are different points of departure nearby and you can also visit some other caves and coastal areas. 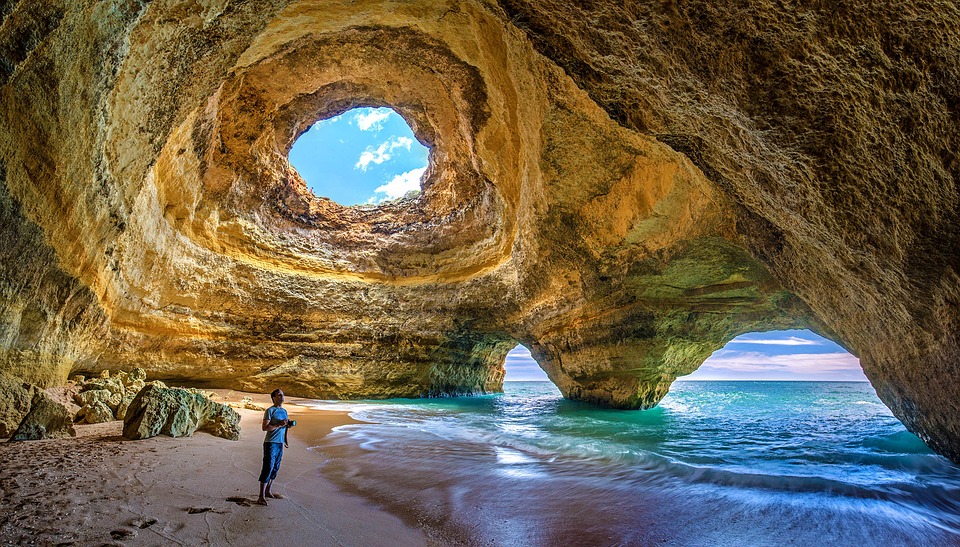 Baroque and from the 18th century. The exterior is simple but the interior is just unbelievably surprising. Ceiling and walls are completely covered with painted blue tiles (the traditional Portuguese enamels), dating from 1730. Policarpo de Oliveira Bernardes, a famous artist of that time, who was the one that illustrated San Lorenzo´s life phases .

You will also be surprised by the golden-sized altarpiece in the main chapel. Its author was the teacher Manuel Martins, the most recognized engraver in the Algarve. 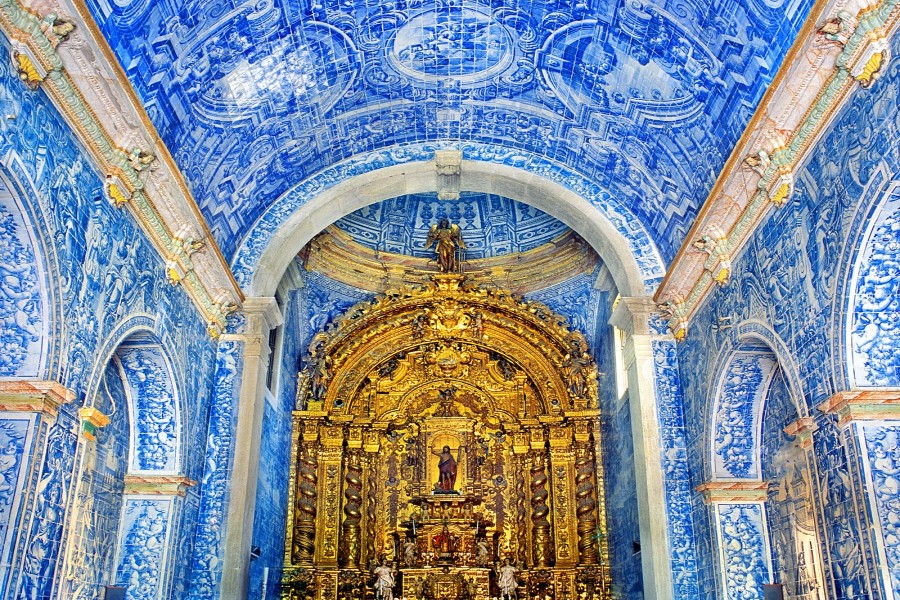 In the southern of Tavira lies the narrow and long Ilha de Tavira ( Tavira´s island) . Its beaches are 11 kilometers long. You can reach it by boat from the city’s marina or cross Santa Luzia´s bridge and take the train that runs in high season.

? Its beaches are great, with blue flag, clear water, black sand and dunes bordering them.

Rent here your home in Tavira

Lots of visitors come from all over the country to visit this this chapel. Located on a hill with beautiful views towards the beach. Formerly there was a fortress here that was demolished in the XIX century. However today, instead, there is a charming terracotta roof chapel.

From this cliff, you can enjoy the ocean views and the neighboring Praia Nova and Praia da Senhora da Rocha are just superb. 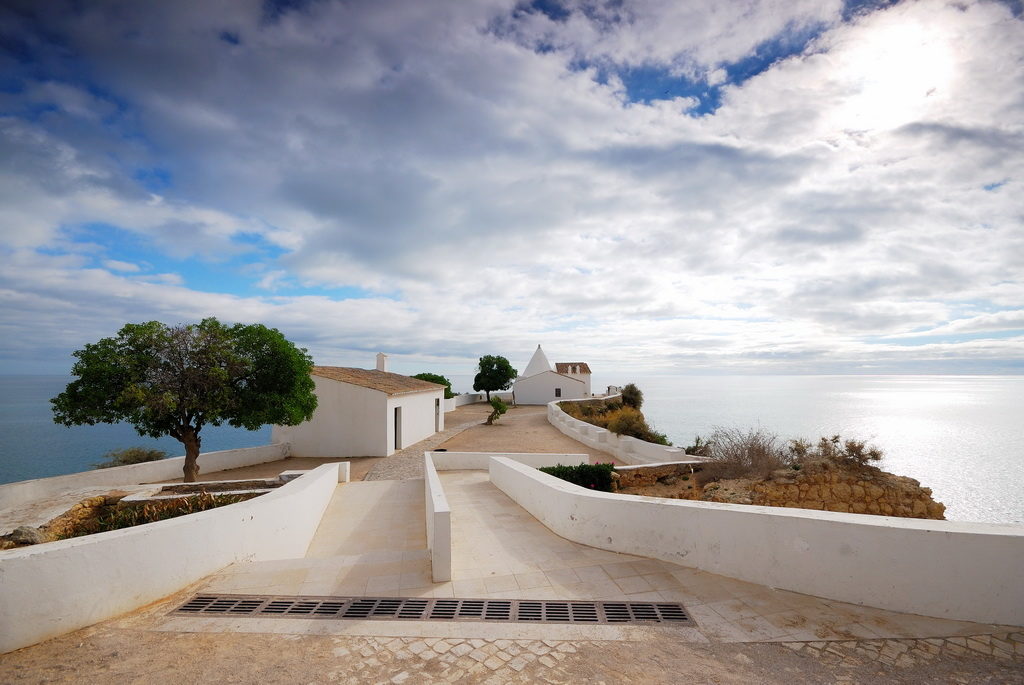 The small town of Alcoutim

One of the best places in Algarve, but  barely nobody stops for a visit  because is located in the interior of the Algarve. So, many travellers miss hidden gems such as the town of Alcoutim, 40 kilometers north of Vila Real. You can reach it by following the path that runs along the Guadiana River. When you sight a group of white houses in the distance, you will know that you have arrived.

For centuries, it was a river harbor controlled by Greeks, Romans and Arabs. Later (in 1371), it was the place where the peace treaty was signed between King Fernando I of Portugal and Henry II of Castilla.

What can you do in Alcoutim? Start by going to its 14th century castle, from which you can see the town of Sanlúcar de Guadiana (you can reach it by crossing a bridge). Do you know that in this Spanish town – with a very calm appearance – you can have an exciting experience? this is about crossing the Guadiana River by a zip line from Spain to Portugal. This is the first zip line that crosses a border between two countries in the world! You will cross 720 meters at a speed between 70 and 80 kilometers per hour. 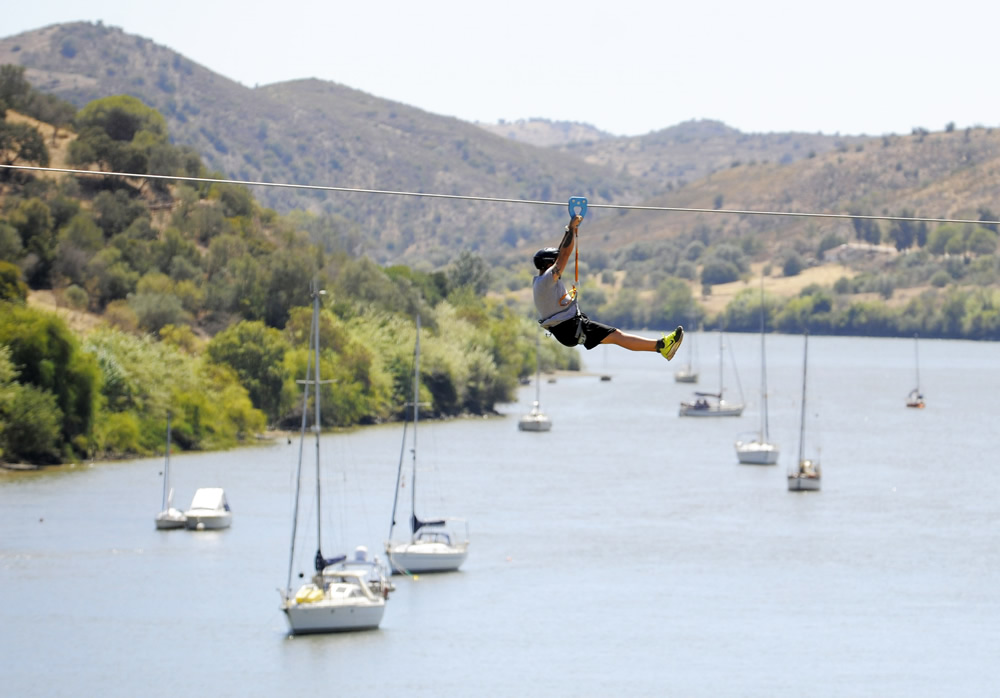 ??What else? You can go to the Praia Fluvial do Pego Fundo (a very nice river beach). You can also have a drink in one of the coffee shops overlooking the river, visit the Matriz Church, take a walk among its white houses and get lost through the town, discovering nice places at your own pace. 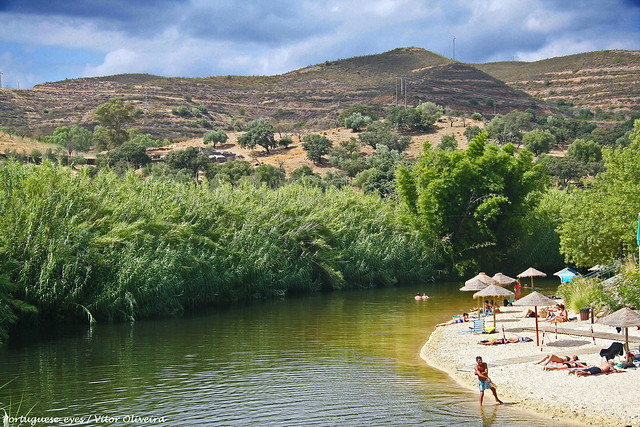 The city of Portimão

At last but not least, we have to mention between the best places in Algarve , the city of  Portimão. Formerly known for its factories of canned food. Portimão is now a lively tourist destination by the banks of the Arade River. In fact, it is also an international port of call for luxury cruises en route towards the Mediterranean. It is the Algarve´s second largest city and is full of places to visit.

What can you see in Portimão? Its artificial reef (the first in Portugal, for which 4 ships of the Navy were sank on purpose). Its modern marina, the nearby town of Praia da Rocha, the Igreja do Colégio and Praça da República, Praça de Bivar …among others. 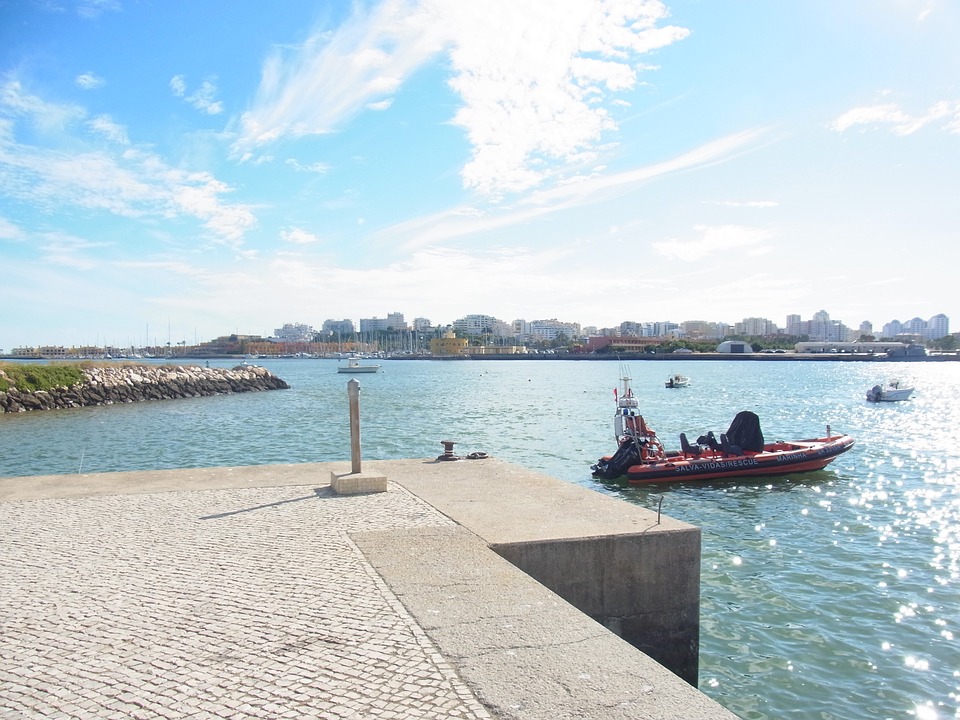 For us, these 7 places are the best in the Algarve. We just hope you get the chance to discover them all.  Are you going to travel to this region with the whole family? So, do not miss the opportunity of visiting Lisbon with kids  or if you are just travelling as a couple, it will worth for you to have  a look at the things to do in Sagres (Algarve) and its surroundings.