The night of the year that everyone is waiting for is around the corner! December 31st is a very special day on the calendar, because we’ll resume what we’ve achieved during the year but will also make us think about what we want to change for the next one. Depending on countries, cultures, and traditions, there are hundreds of ways to celebrate this unique moment. Do you dare to leave your city and maybe even country to celebrate this New Year’s Eve? We give you the ultimate list of some of the best places to celebrate New Year in the world.

Begin 2019 with a trip: places to celebrate New Year

Is there any better gift for a passionate traveler than to start the year in an unknown city or country? It’s one of the two autonomous regions of Portugal. It’s an Atlantic archipelago located only a few hours away by plane from the UK. It consists of the islands of Madeira and Porto Santo among other islands without inhabitants that are known as “Desert Islands” and “Wild Islands”. The celebration of New Year’s Eve in Madeira has a reputation for having events with lots of fun and every year hosts hundreds of tourists who want to get involved in this experience.

The big New Year’s Eve party is usually celebrated in Funchal, the capital of Madeira Island. Around the bay, there are almost 40 points that display fireworks that are so abundant and striking that have achieved the Guinness Record of the largest fireworks in the world.

In addition during December, the streets of the island are lighted up creating a cosy atmosphere every night. We can’t forget about the original traditional houses of Santana, which are even more charming during Christmas time.

Throughout the Amalfi Coast, you can experience the Christmas season with great intensity. The tradition of placing the Christmas nativity scene, both in the houses and in public spaces, it’s a historical tradition from the past. There are many styles and materials, from the most traditional such as cardboard, clay or cork, to modern animated compositions with visual effects.

Christmas in Amalfi is one of the most famous communes on the Italian coast, full of magic. The streets are filled with lights and decorations, the hand drums sound in every neighborhood and the aroma of roasted chestnuts and honey fills the air. The celebrations begin on December 8th (day of the Immaculate Conception) and they end with the Epiphany. During these days, all the religious buildings place beautiful nativity scenes, some of them with statues that are centuries-old.

Come and experience New Year’s Eve on the Amalfi Coast

The Christmas nativity scenes aren’t the only thing that will catch your eye. In Amalfi, we can also find the birthplace of the original underwater ceramics which is the Gruta dello Smeraldo.

Something else that is a traveler’s favorite in Amalfi during Xmas or New Year’s Eve is the “Calata della Stella”. At midnight on December 24th, a large structure made out from torches flies over the Piazza Duomo until it reaches the atrium of the Cathedral. This event is accompanied by the strikes of the bells and the sound of fireworks displayed.

A little before midnight on December 31st, several folk groups go on the streets to parade. These parades end in the main square under the rhythm of music and Christmas carols while people are waiting for the fireworks to be set off to announce the arrival of the new year. 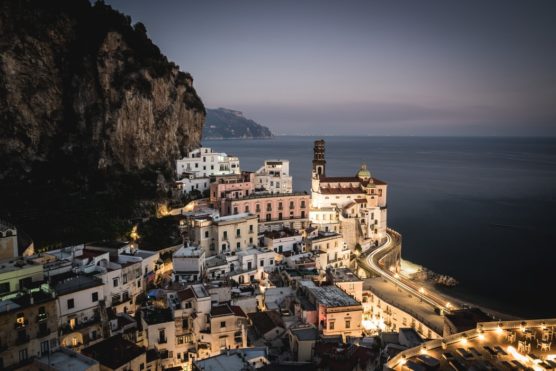 Visiting the Eternal City is a good idea at any time of the year, but when New Year’s Eve comes, the capital turns into a fairytale. Thousands of travelers who eager to discover new places come every winter to the capital of Italy to enjoy all the events and shows.

The most beautiful fireworks are displayed from the hill of Gianicolo, something worth seeing once in a lifetime! If you want to have a good view over the fireworks, then you have to go to the Basilica of San Pedro where you will have the best views of the hill. The show doesn’t stop here,  the party continues with live music at the Circus Maximus. 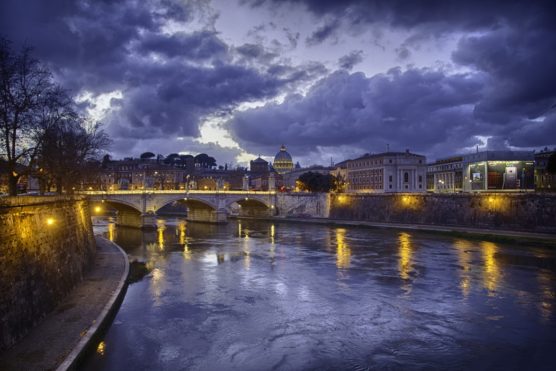 A classic that never goes out of style and couldn’t be missed from our New Year’s list. The Spanish capital celebrates New Year’s Eve with the traditional bells at the Puerta del Sol. Each year, hundreds of people wait patiently in the square for the clock to strike at 12 o’clock, so they can eat a grape for the last 12 strikes.

Not only Spaniards come to this event, but thousands of travelers from all over the world also come to Madrid every New Year to experience this Spanish tradition, which involves eating the grapes during the last seconds of the year.

Have you already seen the accommodations we have in Madrid? 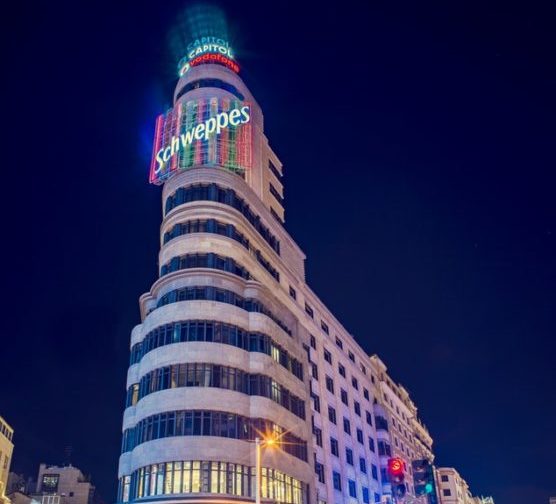 The image of Times Square, neon lights, streets full of people waiting for the arrival of the new year, we’ve seen all these in the movies. Since 1907, the great crystal ball is the final countdown until the New Year and it’s the main attraction for New Yorkers and the visitors. Performances, rain of confetti, fireworks, the Big Apple is waiting for you to celebrate the last moments of the year and to start the new one with Manhattan memories and with the luck of being able to say that you’ve spent New Year’s Eve in New York. A beautiful Portuguese destination – Lisbon is perfect for those who want to travel for the New Year’s celebrations but not too long distance from home. It’s a European destination with a great climate that will allow you to experience a New Year’s Eve under the rhythm of music at Praça do Comércio, the largest in Portugal. Also, of course, the beautiful fireworks will be the icing on the cake for a magical night.

Lisbon awaits you with super-cool apartments!

Go ahead and spend New Year’s Eve in a city different from yours and discover traditions you’ve never experienced before. Also, who doesn’t like to come home with an interesting story and new experiences to tell?