Today we are going to walk through one of the most beautiful cities of Europe, the former capital of Poland: Krakow. In recent years, Krakow has become more and more popular due to the large variety of tourist activities and attractions. Most of you probably already know the famous and most important monuments of Krakow such as the Wawel Castle and the Cathedral, the Óscar Schindler factory or the concentration camp in Auschwitz. But today, we want to get away from these typical crowded places to get more acquainted with the depths of this Polish city. Do you want to discover 5 secret places in Krakow? Do you want to know what to do in Krakow without visiting the most tourist spots? Read on because today we will tell you more about the 5 secret places in Krakow!

What to do in Krakow

1.Pharmacy Under the Eagle 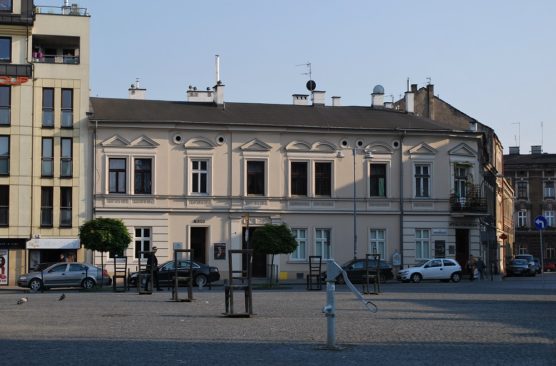 As mentioned above, the Schindler factory is one of Krakow’s most important and most visited places, but this was not the only place that became famous in the city’s ghetto. One of the places that served as salvation for many Jews was the Pharmacy Under the Eagle. The owner of this pharmacy decided to stay as only one of all four pharmacy owners in Podgórze, the area where the Nazis had the power during the war. The Jews of the city were obliged to go and live in this Podgórze district, the area which they walled after the arrival of the Jews. The pharmacist’s owner not only retained his commitment to this district, but he also did everything in order to keep the Jews who were living here out of the hands of the Nazis by hiding the ones who were at risk in his pharmacy.

The pharmacy survived the war and eventually closed its doors at the end of the sixties. Nevertheless, the pharmacy has been opened again years later as a museum where today people can discover the stories and memories of this impressive place. The pharmacy is located on the Bohaterow square, the centre of the Podgórze district where former Jews were selected in order to be transferred to different concentration camps. In this square you will also find the monument of empty seats, scattered throughout the square, which symbolises the void that remained after the final evacuation in 1943.

2.The dragon of Wawel

The Wawel hill is named after the two main monuments of Krakow: the cathedral and the castle. In addition, this hill is a source of myths and legends. The story goes that a dragon has been living in the caves beneath the hill and terrorised the inhabitants of the area. The people had to give their cattle to the dragon to keep him calm. After a number of failed attempts to kill the dragon, one of the residents came up with the idea to lure the dragon into a trap by putting sulphur in a sheep and deliver it to the dragon. After eating this sheep, the dragon finally came out of his cave to cool down in the Wisla River, but because he drunk all the water he exploded and the people were finally rescued from the dragon. 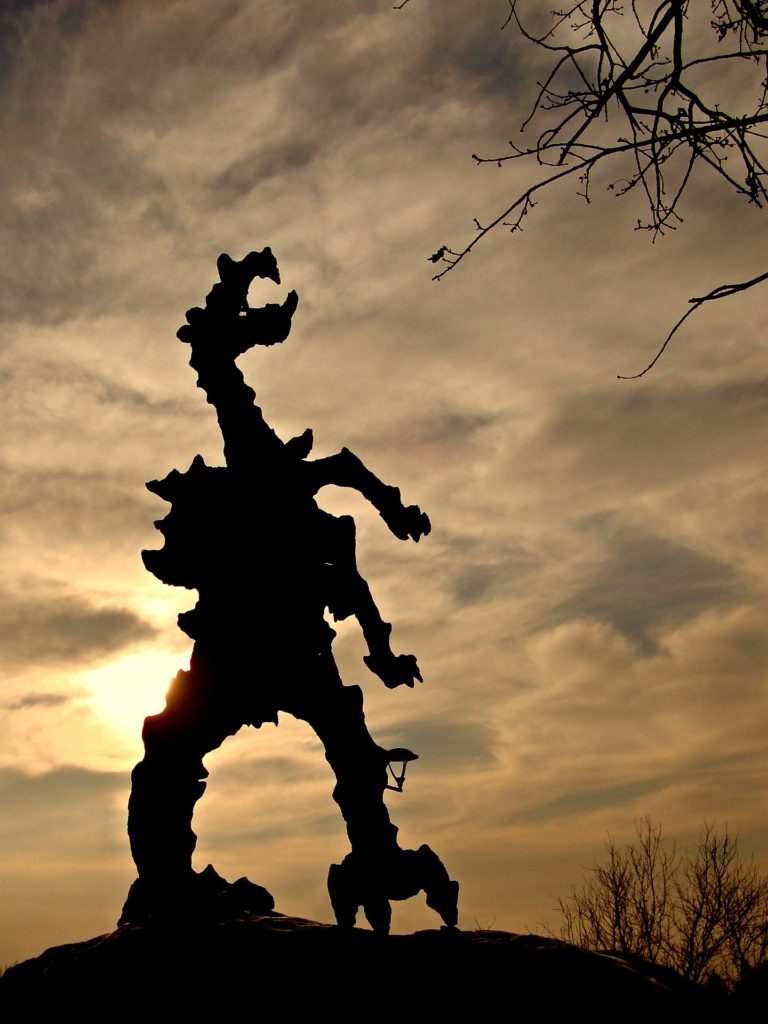 When walking through the Nowa Huta district, the most eastern district of Krakow, you can not miss a visit to the Arka church. This most important monument of Krakow is a unique place for many reasons… First of all, its aesthetics, the church looks more like an abstract modern building covered with thousands of stones than a basilica. Once inside, the building still doesn’t seem to be a conventional church or a building such as you find on the other places of Krakow. It is covered with wood and the representation of the crucifixion is different from all that you have ever seen. The church symbolises Poland’s fight against the communism in order to be able to confess their Catholic faith.

As the Nowa Huta district is located in the remote area of Krakow, many tourists often forget to visit this place, but both the church and the district are worth visiting. Due to all the history that the place has, it is a great way to discover the history of the city. 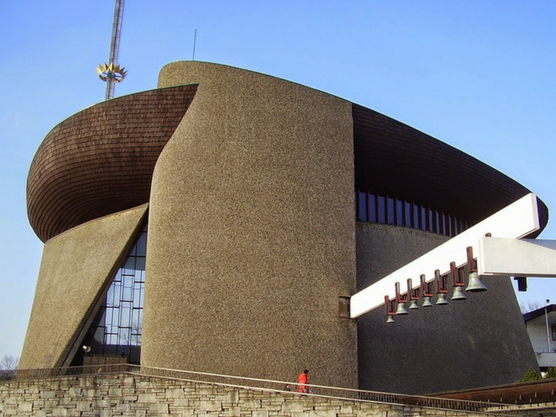 Many already know the big market square in the heart of Krakow, the most touristy square which is a must-see during your visit to this city. In fact, this large market square is considered to be the largest medieval square in Europe with its forty thousand square meters. What many do not know is that you will find Rynek Underground under this famous square, a modern museum that takes you back to the Middle Ages. The museum consists of a large archeological site with various exhibitions that tell stories about the history of Krakow in the last thousand years.

The museum is open all week and closes at 20:00, from April to October at 22:00. The perfect activity to end the day!

The last thing on our list with what to do in Krakow is the Isaac Synagogue. Due to the Jewish past in Krakow, the city has seven synagogues of which only six can be visited, located in the Kazimierz district. One of the most touristy is the Old Synagogue, but as this is the most visited one, we recommend you to visit one of the other less well-known synagogues such as the Isaac Synagogue. The synagogue is named after the banker Izaak Jakubowicz who financed the building. Unlike the others, this synagogue is still in good condition and although it seems quite boring from the outside, the beautiful architecture on the inside proves the opposite. Besides, several exhibitions and interesting documentaries that portray the past of the district are being held here throughout the whole year. 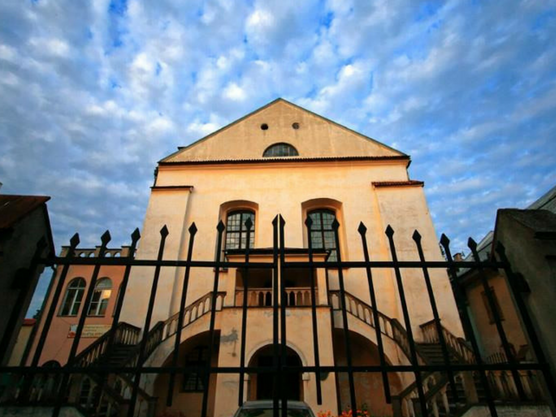 Are you looking for the best way to book your next stay? Try Muchosol! Because now, you will receive a 20€ discount on your next booking!