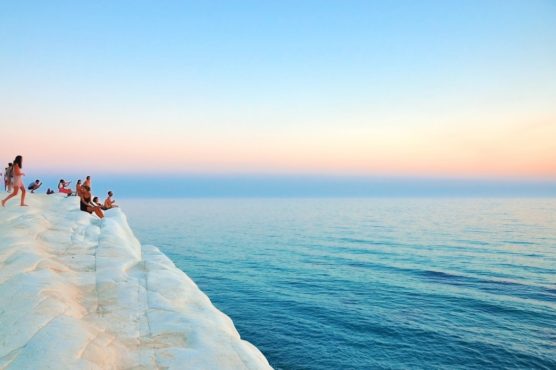 The best places to visit in Sicily: less touristy but with lots of charm

Scala dei Turchi translated to English means the Turkish steps and it’s one of the best places to visit in Sicily that it’s not very touristy. This name was given because it was a commonplace of disembarkation of Saracen pirates. Today is a spectacular place in Realmonte, in the province of Agrigento. The white limestone is molded by time in the form of the staircase and contrasts beautifully with the intense blue of the sea. 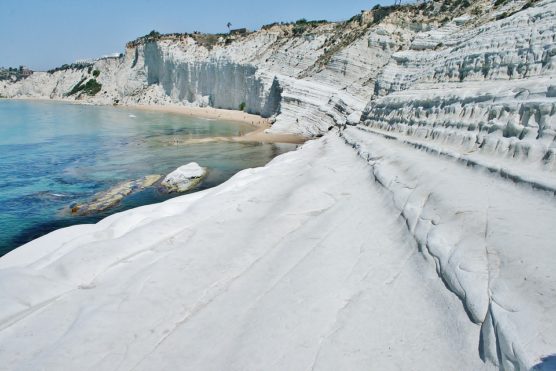 A must on our list of “what to visit in Sicily”. Scopello is a small and beautiful fishing village near Castellammare del Golfo, in the province of Trapani. It has little more than 100 inhabitants, but in summer they reach 2000. Have you seen all the accommodations we have in Trapani and surroundings?

The so-called Vulcano island is one of the Aeolian islands and its landscape justifies its name: black sand beaches, craters of active volcanoes, rough slopes by the sea, what else do you need?

What can you do in Vulcano Island? If you are in shape, climb to the top to see the Great Crater. There are several routes that last for about an hour that require some effort but that are 100 % worth it. Upon arrival, you will see the steaming crater 500 meters in diameter and the spectacular views from there. You can also see the rest of the Aeolian Islands, with Lípari and Salina in the foreground.

You can also go to Porto di Levante, they say that the mud baths have healing properties. 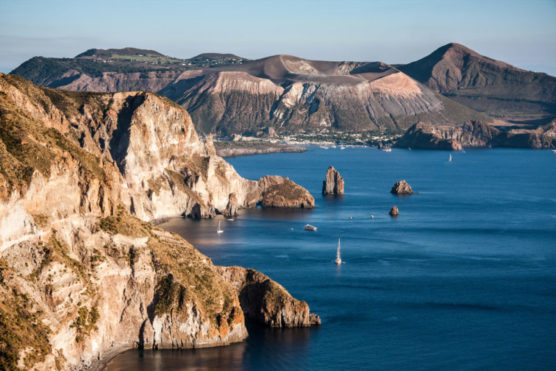 Where else to go in Sicily?

The Island of the Rabbits

Lampedusa is the largest island of the Pelagian Islands. And you know what? It’s closer to Africa than to Europe and it’s one of the best places to visit in Sicily. It has been inhabited by Phoenicians, Greeks, Arabs and Romans. The vestiges can still be seen.

On this island, there is a beach that has been named as the most beautiful in the world, The Rabbit Beach, which is located in the Bay of Rabbits. You’ll think you’re in the Caribbean because of its white sand and its turquoise and emerald waters. In addition, this bay is home to a species of lizard typical of northwest Africa

At one end of this bay is an islet that can be reached by walking on a sandy isthmus, called the Island of the Rabbits. This islet is one of the few places in the Mediterranean where there are marine turtles Caretta caretta, that come here to lay their eggs. 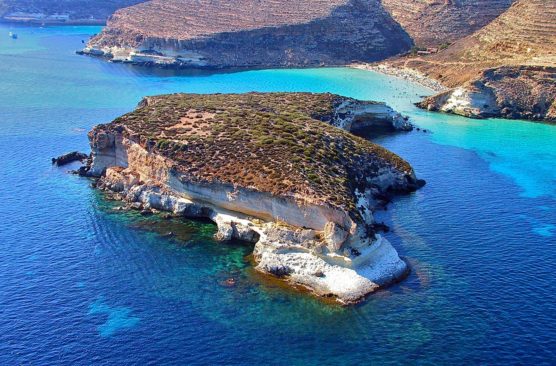 In the province of Trapani is the medieval city of Erice, which only has 28 thousand inhabitants and stands on Mount San Giuliano (which is now called Mount Erice). It’s funny because “Monte San Giuliano” is what the city of Erice was called between 1167 and 1934. In this small town, you can find a lot of places of interest: 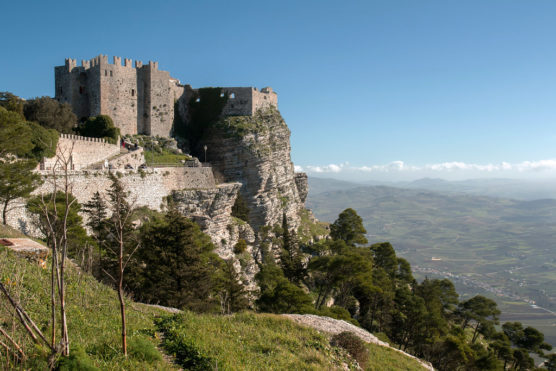 It’s one of the most important archaeological sites in the Mediterranean. It’s an ancient Greek city where you can still visit the remains of some buildings from the seventh century BC, such as the Acropolis, Eastern Temples, the sanctuary of Malophoros or the Old City.

Keep in mind that this city had 100,000 inhabitants, but it fell into oblivion in the Middle Ages and it wasn’t until the 19th century when the British began excavations at the site. Complete your visit by taking a walk on the nearby beach, from which you have very nice views.

If you wonder where to go in Sicily, visit this small piece of paradise which is very close to San Vito Lo Capo. They also say that this cove is one of the most beautiful in the world. Come in the afternoon and enjoy the sunset.

Nearby is Isolidda beach, with charming caves to explore. The cliffs of Cala Mancin aren’t far either and are also frequented by climbers.

The great necropolis of Pantálica is in the province of Siracusa (in the Anapo Valley) and has around 5,000 tombs that date between the 13th century to the 7th century BC. These tombs are excavated in the natural rock and on the top of the Hill are the ruins of the Anaktoron (Prince’s Palace), which date between the 12th and 11th centuries BC. Syracuse and the rocky Necropolis of Pantálica are UNESCO World Heritage Site since 2005. 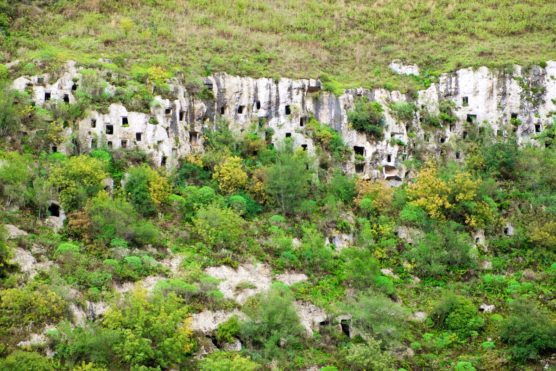 These are the best places to visit in Sicily and we love them! Do you also have your favorite and little known corners of the island? Reveal them, please! Don’t miss our article on Sicilian cuisine and where to try the best dishes or this one, where we tell you about the best nudist beaches in Sicily.