In the French Alps, you will find dishes that will make you eat your fingers off. A cuisine which will help you to go through the cold winters easier with its delicious recipes. Discover the food you must try out in the Alps and take an advantage to see the beautiful mountain range.

Find the house of your dreams in the Alps

Food you must try out in the Alps: some alpine treats

The gastronomy of the Alps is praised for the fresh and natural products that they use in making their dishes. In both, restaurants and bakeries, you can find dishes made from top ingredients. The cheeses of the region are well-known for their high quality, such as La Tomme de Belledonne and the Tomme de Savoie, among many others. A curious fact that maybe you don’t know, is that many fruits are also grown in the Alps, including apples and pears. Therefore, the juices and cheesecakes from the Alps are so delicious. Alpine honey is another very commercial product, well-known in the southern area. The meat is the main base for the Alpine cuisine, thus imagine beef and pork are one of the finest products in the region.

Regarding the drinks, it’s unnecessary to mention that France is known for its good wines. The Chartreuse is an excellent French liqueur made with macerated herbs. Other famous drinks are the pear liqueur Williamine, the Génépi (also herbal) and the blueberry liqueur. 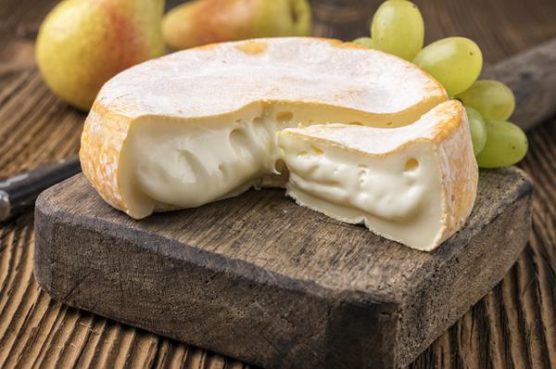 Have you heard about Chamonix? It is a magical town with beautiful accommodations

With Controlled Denomination of Origin (AOC)

The Appellation d’origine contrôlée (AOC) is a French seal created by the Ministry of Agriculture that guarantees the geographical indications of wines, cheeses, butter and other agricultural products. It is illegal to produce and sell a product under a specific AOC unless it meets the criteria. Below, you can find just some of the unique delicacies that are included in the AOC which you can taste during your stay in a beautiful accommodation in the Alps.

Let’s begin with cheeses – definitely the food you must try out in the Alps. The diversity of Savoy cheeses is extraordinary, this is a sample: 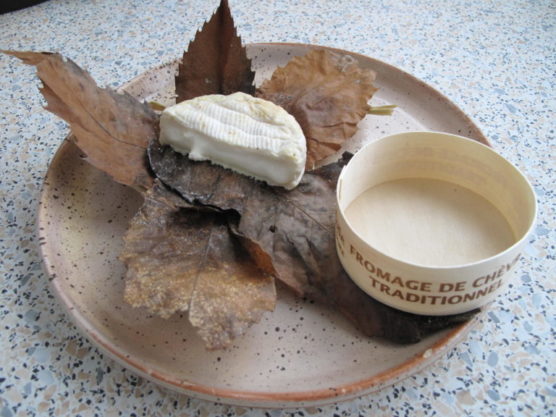 Wines are the other specialty of France, especially the ones from the Saone, Beaujolais, or the Rhone regions. Let’s see the Denominations of Origin of the Rhone Wines: 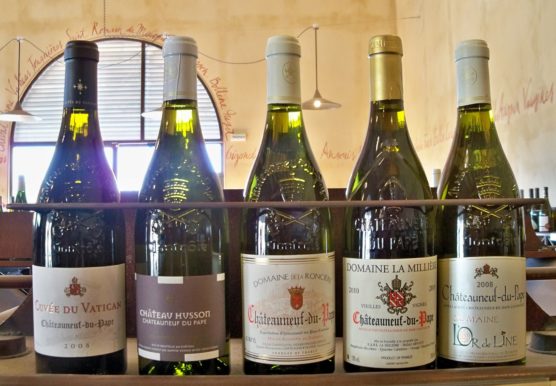 The best of France

The best one is the tartiflette, a Savoyard dish consisting of reblochon cheese, boiled potatoes, onions, bacon, fresh cream, pepper and white wine. It is served as a gratin cake.

Another very tasty dish is the French Raclette. The original version is the Swiss one since the recipe and the cheese come from the Canton of Valais. The dish is named after the cheese used, melted down and mixed with sausages and baked potatoes. It is usually accompanied by a good white wine. 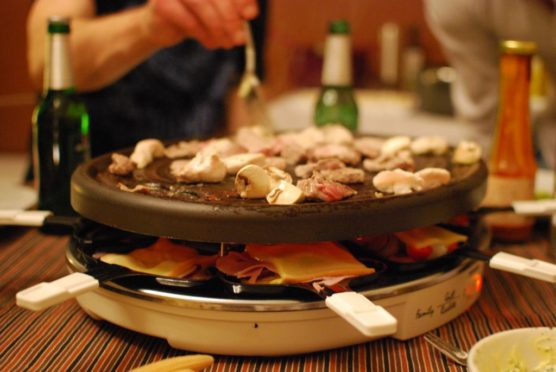 Is there anyone who hasn’t tried the fondue? This dish has been exported to many other countries, but its origins come from the mountain ranges of Jura and the Northern parts of the Alps. The authentic fondue is a mixture of melted Savoy cheeses, in which you dip slices of toasted bread. Nowadays, there are different types of electrical appliances, used for melting the cheese down. 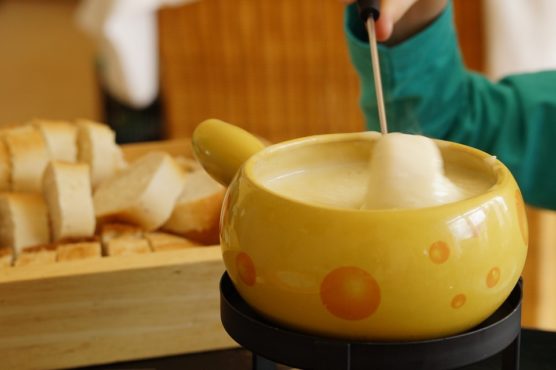 Finally,  what are your opinions about croziflette? It is a pasta gratin with bacon and cheese. It uses the crozets, a variety of savoy wheat pasta or buckwheat. For centuries, they have been used for many recipes in the alpine regions.

France clearly offers food you must try out in the Alps, which is less known outside the borders of France. Among them, there is Farcement or Farçon, a traditional dish that goes back to the Middle Ages and that combines sweet and savory flavors. It can be served as a main dish or a dessert. The recipe varies depending on the region where is cooked, but there is a common base. It carries nuts (plums, raisins, figs), bacon and potatoes as main ingredients, formerly the potato was replaced by cabbage or other vegetables. 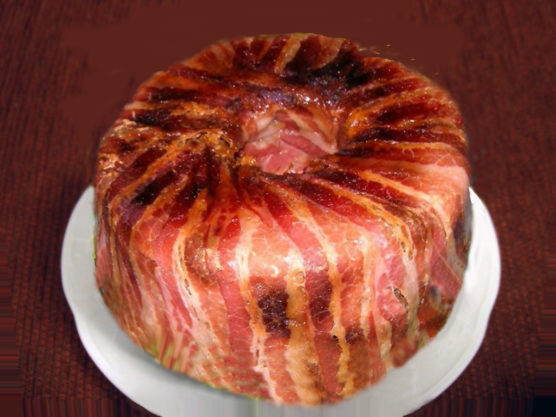 Surely you’ve heard about the matafan or matafaim. It is an old dish that workers had for breakfast. Nowadays, it is cooked like a potato pancake, but at the beginning, this ingredient wasn’t included to the recipe. You can also find it as a thick and salty pancake made with flour, eggs, water, mashed potatoes and cheese. There is also a sweet version, substituting the potato for apple. Just add milk, sugar, yeast and vanilla.

Did you notice that the cuisine of the French Alps is composed of strong but delicious dishes that provide energy for the low temperatures during winter? In addition to all the recipes mentioned above, another food you must try out in the Alps is the fritters of potatoes and spinach, pates, fresh pasta and much more!