Many travelers are looking for a terrifying destination to be on the night of October 31st. If you are one of them, don’t miss out our list of places to spend Halloween. Chapels, castles, enchanted villages, read on and choose where you want to be for the most haunted night of the year ?

Sanctuary of the Virgin of Balma, in Castellón

It’s known as the Sanctuary of the Demons. In the 18th century, thousands of Spanish pilgrims began to arrive looking for a miracle, healing or for a confirmation that they were possessed. That’ why they started to perform exorcisms believing that the “demon” was locked in a large cage (still preserved) with the image of the Virgin. At first, these rituals were carried out by priests but at the end of the 19th century, sorcerers and swindlers began to lead the rituals. The sad reality was that the majority of people who went to the Sanctuary of Balma was having psychological problems either related to schizophrenia or epilepsy.

In 1936, the Civil Guard banned these exorcisms, but the Sanctuary is still an attraction, especially for the most curious ones.

Stay in Castellon and get closer to this Sanctuary

Zugarramurdi is a small town in the north of Navarre where a cruel hunting of witches took place between 1609 and 1612. A few miles away from the town is “Sorginen Leizea”, known as the witches’ cave. Here it’s the place where the covens occurred. Nowadays, guided tours are organized which at the same time narrate the horrifying story of witch scorching. In this town, you will also find a witchcraft museum. Undoubtedly, one of the best places to spend Halloween this year!

Catacombs of the Capuchins, in Italy

The catacombs can be found out in Palermo (Sicily) and are visited by hundreds of travelers. There is a collection of nearly 8,000 mummies that are divided into several sections: priests, children, virgins and elderly people. At the beginning, the catacombs were designed to host the embalmed bodies of the Capuchin monks. However, throughout the years, the citizens asked for permission to bury out their relatives’ bodies in these crypts. In 1920 one of the last buried bodies was a two-year-old girl named Rosalía Lombardo. It was famous for being almost perfectly preserved thanks to the good embalming carried out by Professor Alfredo Salafia.

Take a look at our accommodations in Palermo

Chalindrey is a small city in France close to the border of Switzerland. It’s known as the Salem of Europe due to the “witch hunt” that took place there in the 17th century. Now, in the beautiful fortress du Cognelot (or Vercingetorix) a festival is held every year on a Halloween night. There are performances of Celtic music and scary costumes from Medieval times.

The Sedlec Ossuary in the Czech Republic

It’s located in the outskirts of Prague under a church, in the town of Kutná Hora. It’s a chapel which decoration and furniture are made out of human bones. The bones of about 40,000 skeletons have been placed in a “creative” way to form lamps, crosses, garlands, shields. This macabre construction receives 300,000 visits a year.

The creepy thing is that it was erected in 1870 by the carver Frantisek Rint. The question that still remains is: where did he get so many skeletons from? The history tells that in the 13th century, this place was a well-known cemetery where the buried bodies of nobles from Poland, Belgium and Bavaria arrived. In addition, in 1318 a plague hit this area ending with the lives of nearly 30,000 people. Due to this fact and bearing in mind the ongoing civil wars in Bohemia in those times, the cemetery could no longer accommodate more bodies, so they were moved to the ossuary under the church. 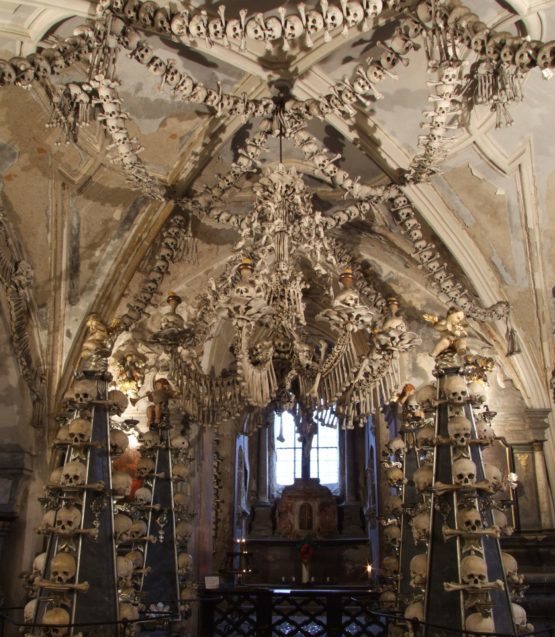 Prague is the perfect destination to spend a spooky Halloween

The Bran Castle, in Romania

It’s believed that this medieval castle was used as an inspiration by Bram Stoker, in his famous novel: the Dracula. The Bran Castle was build up on a 200 meters high rock, used as a fortress of the Teutonic Knights. Visitors are very fond of experiencing the Dracula Route through Transylvania, giving them the chance to observe the old rooms, the inner courtyard and its towers. 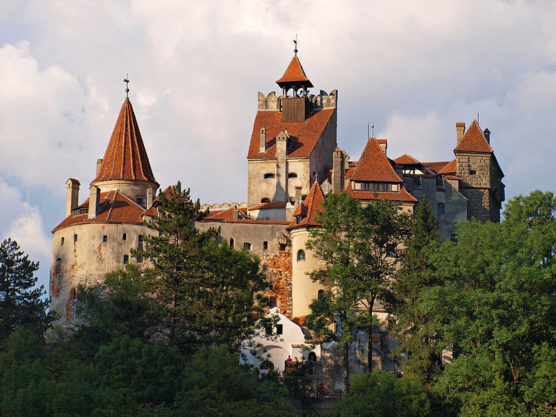 Chapel of the bones in Évora, Portugal

The ‘’Capela dos Ossos’’ will receive you with the following inscription in the Portuguese language: “We, the bones that we are here, are waiting for yours’’. Upon entering you will see that the walls and columns are built from people’s bones. In the 16th century, the cemeteries of the city of Évora could no longer accommodate more bodies, so the oldest ones were exhumed. Thus, the chapel walls were made from the extracted bones. This upgrade had the blessing of the Church considering that in this way they would be closer to God.

The town of Sleepy Hollow is situated 50 minutes away from Manhattan by train. October is the best month to visit it, with its streets full of ocher and yellow leaves. Washington Irving used this place as an inspiration to write the famous legend headless horseman, consequently, Tim Burton directed a movie based on this legend.

Sleepy Hollow receives many visits, specially its church and cemetery (where the writer was buried). Besides, there’s the statue of the rider and the bridge, built as a result of this story which are also very well-known.

➤ Interesting fact: before this town was known as North Tarrytown, but it changed its name in honor of the famous story. 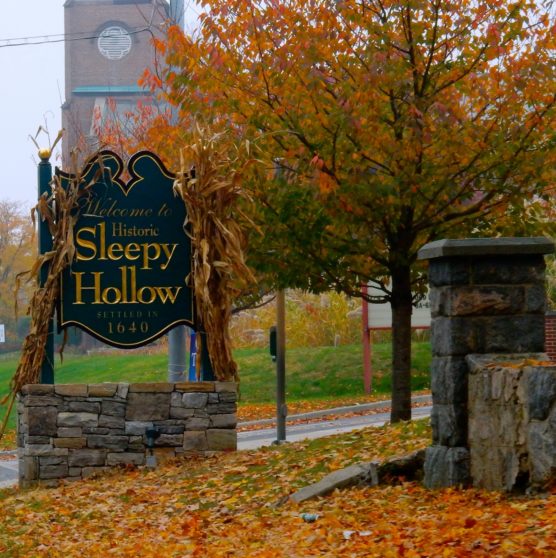 ??  This was our selection of places to spend Halloween. Have you had a destination in mind for this Halloween night yet? Let us know what are your favourite spooky destinations! ??